Get fresh music recommendations delivered to your inbox every Friday.
We've updated our Terms of Use. You can review the changes here.

from Rise To The Occasion by Smash The Statues 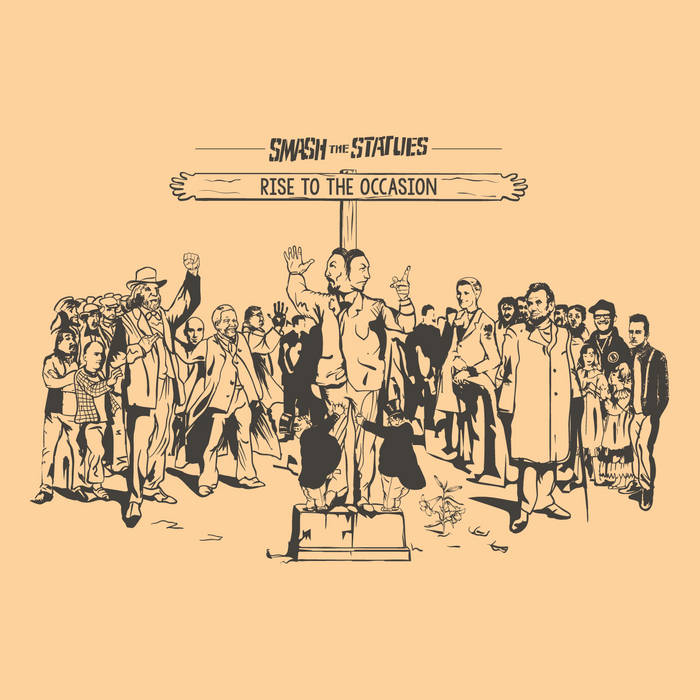 Probably the most important human right is freedom of speech. When we can't voice our opinions on society anymore, it looks like we're slowly turning into a totalitarian society. At last year’s inauguration of the non-democratic head of state of The Netherlands, there was a girl holding a sign that stated that the monarchy was obsolete. She was taken away and locked up by the police, who later apologized and admitted that it was wrong to take her away. A few weeks later the same incident happened when the new king made a public appearance. Same girl, same message. Same intervention, same apologies. Apparently freedom of speech is under attack. If you fall out of line, they will arrest and pardon you, as long as they can keep dissent voices away from the public. Welcome to The Netherlands.

She was standing there, heavily armed with cardboard and an opinion
One voice against the masses, not afraid of facing a majority.

Retained, taken, incarcerated.
A danger to docility
Eradication of dissent until their game's over.